As we near the half-way mark in 2016 it’s hard for the tech world to ignore the fact that we’re only a hop, skip and a jump away from the release of a new iPhone, i.e., the new iPhone 7.

And as with every previous year there are a million and one rumors about what we might see in the new smartphone. Some rumors seem like they could be real, some are educated guesses and others are straight up fake. Check out this debunked video for a fake glance at the new iPhone 7.

But as always we here at NewsWatch will fill you in on a few rumors that may or may not pan out when the iPhone 7 releases in the fall.

With the introduction of 3D Touch and a move away from the need for physical buttons, some think we may see Apple deep-six the physical home button altogether.

Though the home button has been an iPhone mainstay since the phone’s inception in 2007, it may not be entirely necessary anymore. Doing away with it would mean more space for a larger screen without having to make a larger phone. With more real estate on the phone there’s no telling what an innovative company like Apple could come up with to yet again revolutionize the phone industry.

Now, I know it sounds like I’m all onboard for sending the home button to Davy Jones’ locker but that’s definitely not the case. Avid iPhone users like myself would almost definitely fight this kind of radical change. I still use the home button liberally and without it I would feel like I was using something non-Apple.

Plus, with Apple’s emphasis on using the fingerprint sensor it’s hard to believe they would want the headache associated with where to relocate it.

Business Insider reported back in December that Apple filed a patent for an “electronic device with hidden connector.”

The idea would be to use a self-healing seal over the headphone jack and the lightning cable connector. This seal would allow you to push your headphone or charger through the seal and upon taking it out the opening would reseal behind you.

This kind of seal would stop water, dust and any other particle from getting in and compromising the guts of the phone. Other companies like Sony, Motorola and Samsung have come out with waterproof devices
though Samsung did away with that feature in the S6 and brought it back for the S7. It seems everybody’s trying to figure out if consumers actually care about their phone being water-resistant or not.

Whether this “self-healing elastomer” makes its way into the iPhone 7, only time will tell. But it would be cool. 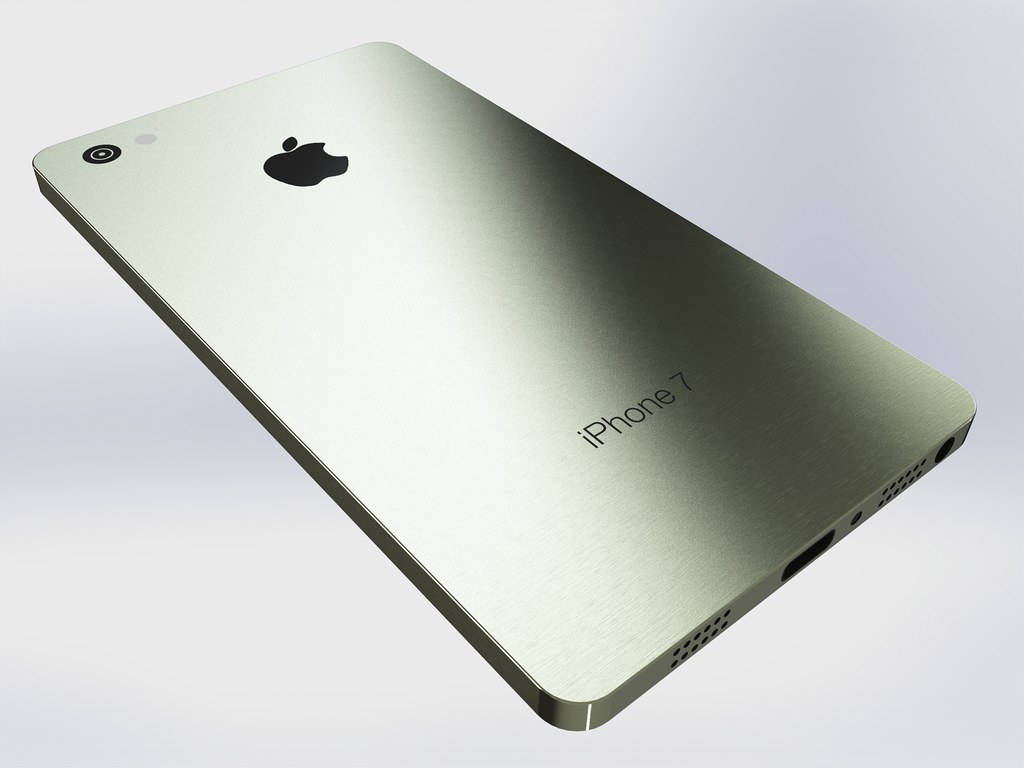 But don’t worry if you take this rumor and combine it with other rumors you get some semblance of how this might work.

Removing the headphone jack doesn’t mean they’re going to leave you without the ability to plug in headphones and tune out. Apparently they’re looking at introducing an all-in-one Lightning slot. Lightning-powered headphones would allow you to plug into that one slot, getting rid of the need for a separate jack.

Combine that with the rumor that Apple is developing wireless Bluetooth headphones called “AirPods” with a potential noise-cancelling feature and you have a plausible scenario.

So those are some of the stronger rumors floating around about the iPhone 7. Who knows if any of them will pan out? When you’ve been in the game as long as I have (old joke) you adopt an “I’ll believe it when I see it” attitude towards rumors.

What do you think about these potential new features? If they pan out will they be an epic fail or epic success?

To find out more about NewsWatch on the Discovery Channel, check out our Instagram!