When the first Independence Day came out, it was an amazing film with an amazing cast. Seriously, it had all the right elements to be the great movie that it was. But can Independence Day: Resurgence hold up to it’s predecessor? Here’s what some of the returning and new cast members had to say about the film.

Bill Pullman (President Whitmore) – “I played Thomas J Whitmore, who is the President. Twenty years ago, when aliens first attacked, and it ended up being a successful defense of the planet Earth.”

Jeff Goldblum (David Levinson) – “The name of my character is David Levinson, the same as it was twenty years ago. And how I fit into this world…well…This is a world in crisis. Over the course of these three days (once again – July 2, July 3, July 4) and I am now in a leadership position. Expected to and I have the responsibility for defending all of Earth.”

Liam Hemsworth (Jake Morrison) – “I play Jake Morrison. He’s a young fighter pilot. His parents died in the first invasion, they were killed by the aliens. He’s got a little bit of a chip on his shoulder. He’s looking for revenge. He’s an impulsive, young guy. He’s a good guy, but I think he doesn’t quite think things through.”

Jessie Usher (Dylan Hiller) – “Any time your dad is famous, there always comes challenges – you have to deal with people and you know, being in the public eye all the time. But then on this level, where you know, Dylan’s dad saved the world, now the entire world is looking at him like ‘what are you going to do?’ You can only imagine what it’s like growing up as a kid. There’s a tremendous amount of pressure. Everyone’s expecting him to join the military – which he does. And I think he’s very proud of that. I don’t think he looks at it in a negative way, in any way.  He also has Patricia, who he grew up with alongside, who’s father was also a world hero. He kind of had someone to talk to. I feel like most kids in any situation similar to that wouldn’t.” 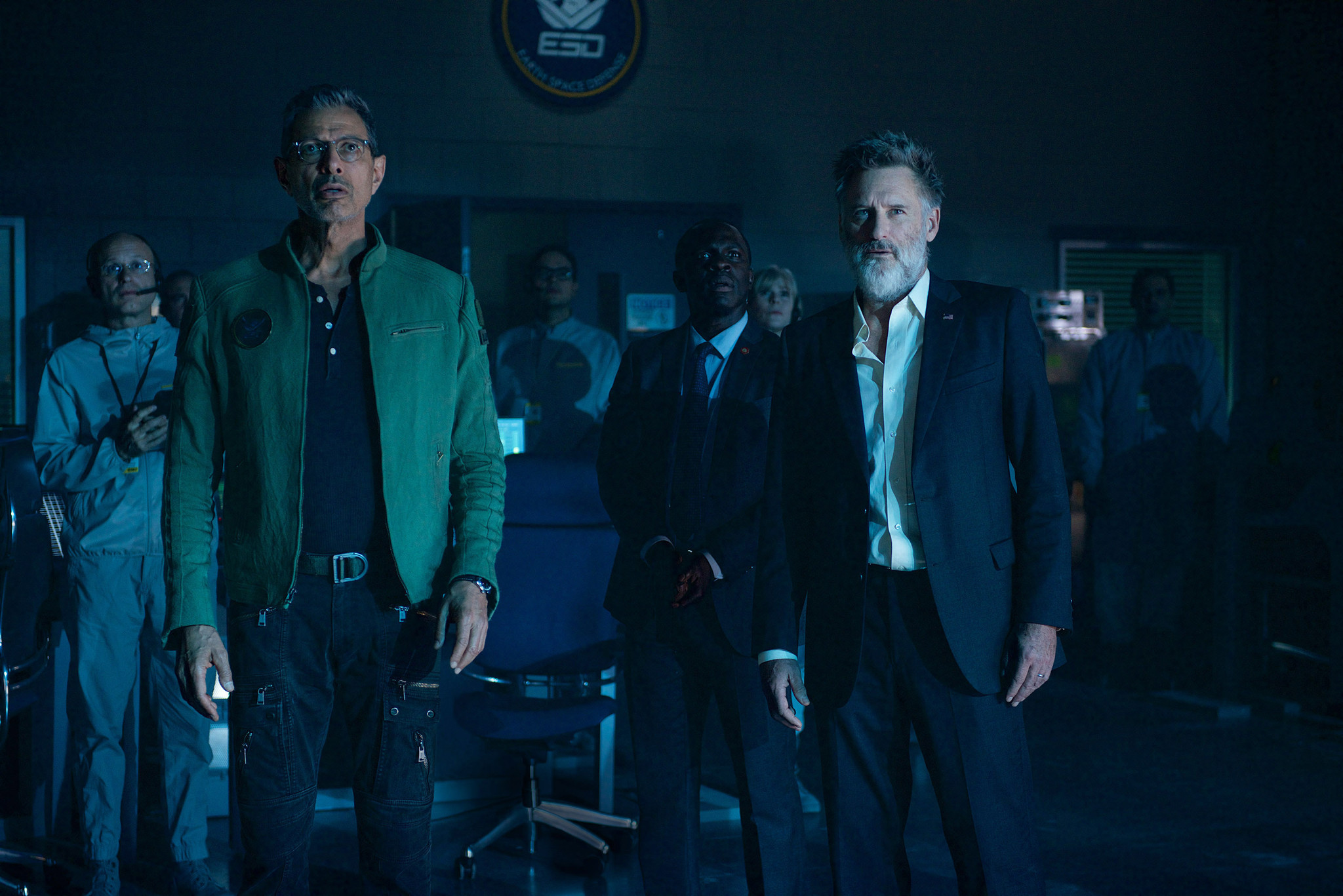 Judd Hirsch (Julius Levinson) – “We are now sort of in the present. So the world has not really changed that much. Only the technology by some amount with what the aliens brought with them. But the twenty years, it’s not like visibly we changed. You know, we’re still human beings. We haven’t evolved into anything different. The good part about it is that the whole world’s at peace. They are sort of together.  Something we’ve never seen in our lifetime.  The whole nation is almost one to defend the planet.”

So, what do you guys think about Independence Day: Resurgence? Has it been too long for this sequel?  Let us know in the comments below or join the conversation on Twitter!