Ever wonder what happens when you put an award winning actor like George Clooney and an award winning actress like Julia Roberts together in a thriller and then have it directed by Jodie Foster who has won more awards than we even think of? You get a film like Money Monster.

Money Monster is a film about a hidden conspiracy that makes a family lose it all in today’s global market. George Clooney, Julia Roberts, and Jodie Foster joined NewsWatch to give us an inside look behind the story.

George Clooney (Lee Gates) – “I think mostly people understand the really simple themes. That someone is probably benefiting from my lack of understanding. I think in general that is a very easy thing for an audience to understand. Like ‘yeah, that happened to me’ or ‘I didn’t understand that’ or ‘yeah I put my money in this or did this and I got screwed.’ We as a society I think understand being scammed so it made that part of the story simple. In fact, part of it was making sure we didn’t get too into the weeds trying to explain that and deal much more with that characters and what they’re going through. Particularly our man Jack is playing, because he sort of is our audience and he is the eyes everyone sees the story through.”

Julia Roberts (Patty) – “I think it is a story about all of us feeling in control or not in control of our own lives. That’s sort of what its about. To me its just like dog day afternoon. It is people who are brought to their tipping point, and then what happens. I think that’s a great conversation after a movie. And then this whole backdrop of this real-life idea of the market and stocks and all these things and the glitch and how it could all just be gone or disappear or vaporize I don’t know, where does it go? Where do billions and millions of dollars disappear to?” 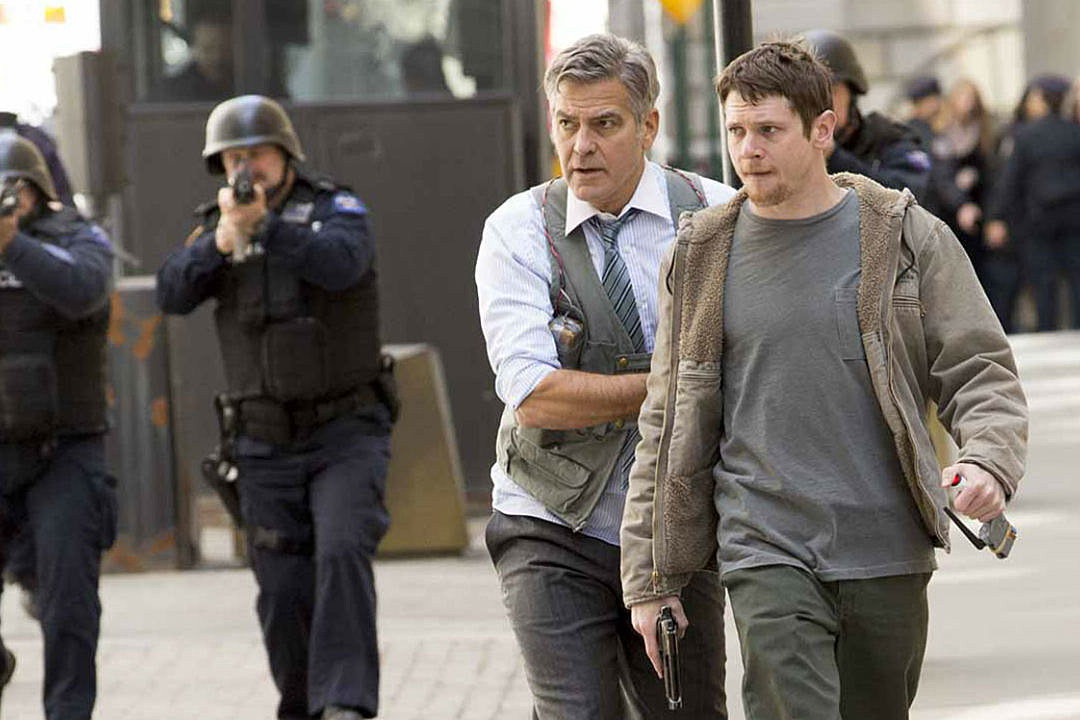 Jodie Foster (director) – “Money Monster is a real thrilling ride. It’s a real genre film. I’m not known for genre films. My other movies have been real personal movies and in some ways been a real reflection of things that I’ve been through or things that I’ve done. So this is a bit of a departure for me. But as always, what I think is the most exciting thing about it is the relationship between these people…the tapestry of these people, the brotherhood that grows between these two men. How this one man, Lee Gates, starred by George Clooney, can come off as this shallow, smug, empty guy who really feels like, even though he’s really successful at his work, he’s really a failure in his eyes and everybody’s eyes. How he over the course of this story, over the course of this adventure, and this sort of terrible moment, rises to the occasion and finds his humanity and grows up and also changes. That to me is the most exciting part of the story. And yes, there are some cops and helicopters and guns and bombs and you know, fast-paced excitement and all that. But ultimately, the real jewel in this is between these two men and this woman in some ways, that is played by Julia Roberts who is producing Lee Gates, George’s survival.”

Money Monster has you at the edge of your seat with its realistic storyline, that some people might be able to relate to. So if you’re looking for a film that is going to make you eat every piece of popcorn at the theater, check out Money Monster.